Bastille Day – What to do on 14th of July in France? 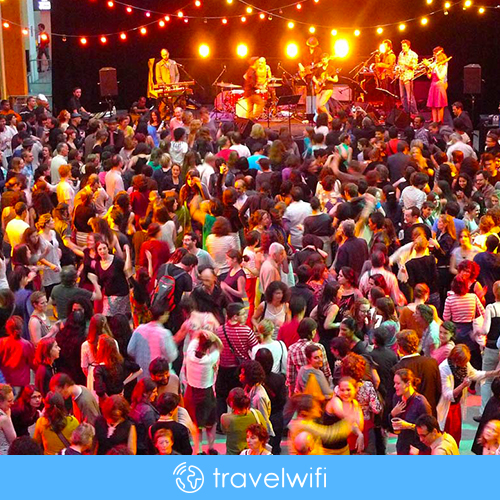 A day to celebrate three milestones of the French Republic; liberty, equality, fraternity!

14th of July, also known as the Bastille Day is the anniversary of the prison mobbing that lead to French Revolution.

The early celebrations were in the form of military parades- not just any armed march but the very first military in the world, taking place since 1880 (with the exception of few years during World War II under the Nazi occupation).

Today, the celebrations are all over the place!

Once upon a time, King Louis XVI and his queen Marie Antoinette were living in prosperity in France. Their people? Not so lucky – they were struggling with starvation. And these royals were busy ignoring the millions’ (actually 48 million) suffers by helping the American colonies to gaining their independence.

With the –very– high rise of bread prices, unemployment, and the dismissal of Jacques Necker, the reformer & only non-noble minister of the assembly French men had ça suffit (enough)!

On July 14, 1789 a group of revolutionists marched and stormed the Bastille prison, which was considered as a symbol of tyrannical Bourbon ace. Following this action, the revolution spread all over the nation resulted in the cease of Louis XVI rule. Thereafter the former king and queen had been captured as they were trying to escape Paris and became prisoners until their execution. The people? They lived happily ever after ?

Just like in the old days the parade will be held this July 14th along Champs-Elysées. The President of the French Republic Emanuel Macron will be there, the military band will be performing, Rafale planes will be coloring the sky with red, white and blue… so if you’re around join them through!

Each year on July 13th French firemen open their stations’ doors on the occasion of Firefighter’s Ball. One may think of this as pre-celebrations to Bastille Day parties.

In Paris, the firehouses at each of the 20 districts welcome the crowd with great music, cheap drinks and smoking food – everything you would expect from an unforgettable night. Stunning people in the uniform will be waiting for you 😉

[Travel Wifi]14th of July celebrations on the Eiffel Tower

24K Magic in the air! – Perhaps Bruno Mars wrote these lyrics after seeing the Parisian sky lit by fireworks on Bastille Day…

July 14 is the only day fireworks are allowed in France but Paris does an amazing job each year to catch up for the lost time. Just like in the past, fireworks will be set off at 11:00pm near the Eiffel Tower at Champs de Mars.

How about livening up your night with free concerts? If yes, keep on reading.

If you would feel like getting away from Paris head straight to the southwestern suburb Saint Cloud for a off the beaten path celebration. The annual horse race will take place from 4pm until 9.30pm followed by the garden party featuring electronic music.

Right before the fireworks, Champ de Mars will be hosting a free symphonic concert by Orchestre National de France. The concert will start at 9:00pm giving you the best reason to be an early bird guaranteeing the best view for the fireworks.

Another classical music concert will be held in Luxembourg Gardens on Senate side by the orchestra of La Musique des Gardiens de La Paix or The Music of the Peacekeepers. As its name suggests this orchestra is composed of people who ensure our peace on streets, the police! For this specific occasion they will on duty for our ears.

Now you are ready to celebrate the most important day in France in the right way. Rent a Travel Wifi for you trip and stay up-to-date on July 14th events. Happy Bastille Day!

Bastille Day – What to do on 14th of July in France?