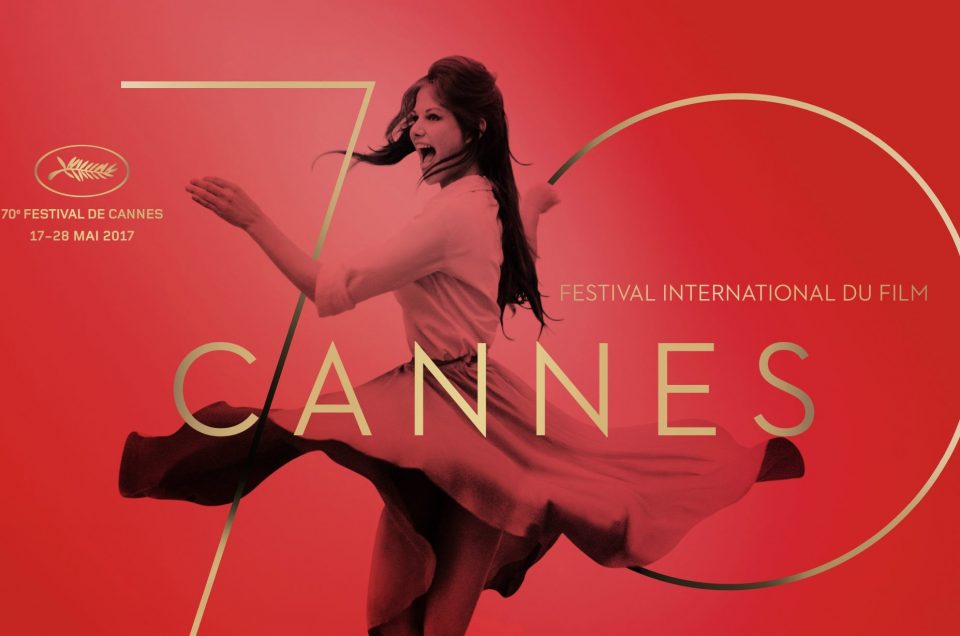 Cannes Film Festival, the beach wonderland of movie industry where the sand meets the celebrity…

We don’t know about you guys but the Travel Wifi team was pretty much tempted by the magnificent Cote d’Azur city. How not to be ? Cannes hosted around 30,000 movie professionals in the last 11 days – plus count the people coming all over the world for the festival vibes. Not to mention about luxury pavilions located all around the fantastic beaches. Thus forget about press conferences or movies screenings…. Red carpet and never ending parties made the actual impact on Cannes 2017 !

Italian actress Claudia Cardinale starred at the official Cannes Film Festival poster. The photo was taken in Rome in 1959.

For the first time in the history Netflix movies Okja and The Meyerowitz Stories competed within the 19 movies. However presence of online platform movies did not go smooth and caused speculations even before the festival.

Nicole Kidman, who had not one, not two, not even three but four different screenings was one of the most popular faces of Cannes.

Rihanna and Cara Delevigne were two of the celebrities who partied the hardest. Rihanna made a surprise appreance for the screening of Okja whereas Cara Delevigne hosted the Magnum x Moschino party. Neither had a screening and yet we’ve talked about them a lot !

American actress Kirsten Dunst couldn’t hold back her tears during the screening of The Beguiled. Nobody was sure if she was just acting out a dramatic red carpet appearance or if those some tears of happiness.

Of course we couldn’t get by without mentioning the red carpet. Bella Hadid rocked the festival with her outfits. Whether with her sparkling amfAR Gala look or with her Alexandre Vauthier gown at the opening ceremony, she managed to take our breath away.

Cannes Film Festival – By the Beach

And the winners are…

Our personal favorites were The Killing of a Sacred Deer from the director of Lobster Yorgos Lanthimos and The Meyerowitz Stories by Noah Baumbach. Sadly The Meyerowitz Stories didn’t get an award, but the jury honoured The Killing of a Sacred Deer in the best screenplay category. For the first time since 1967, two movies shared the title of Best Screenplay.

As for the short movies Travel Wifi team’s favorite was Meçhul from Turkey. However, the jury headed by Moon Light’s director Barry Jenkins had decided A Gentle Night as the winner of this category.

Congratulations to all the movies competed in the 70th Cannes Film Festival. Also don’t worry if you were not in Cannes during this famous event. Cannes Office of Tourism is ready to welcome you anytime. We guarantee that you will feel the festival traces in the entire city.

And of course – not to miss out anything – make sure to have your Travel Wifi package.You can get your Pocket Wifi from Cannes Office of Tourism once you’re there or reserve from our website (!).

Special thanks to Basak Tuna for sharing her Cannes photos with us
– Poster Reference By Source (WP/NFCC#4), Fair use, https://en.wikipedia.org/w/index.php?curid=53629531
#Festivals